Historic Trivia from the Gold Country 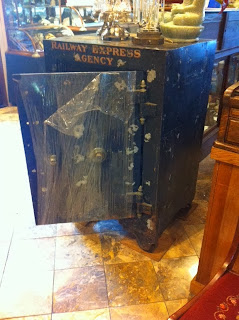 This wonderful old safe has been here in the Heritage Museum for several years now.  Showing signs of wear with a lock that has been drilled open, this old boy seems to have an awful lot to say.  But finding the time to search out his voice has always been lacking. 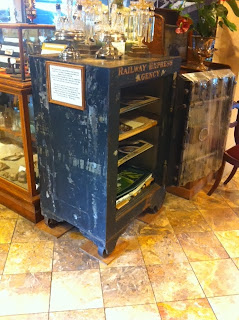 Well, with a short concert season, we have found ourselves with a little bit of time on our hands and what an amazing story is emanating from this old timer!

(Note: we had to wrap plastic over the door where the signatures were to protect them from being rubbed off by a curious on looker. Why someone would do that is beyond me, but, luckily we caught the offending finger before it could do too much damage! A Plexiglas cover is being designed to replace the plastic wrap.) 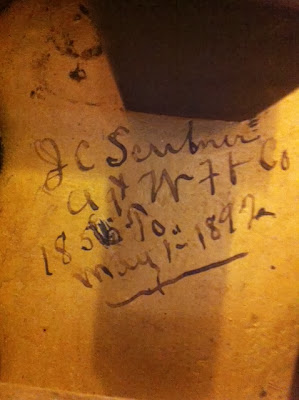 Having seen that name before, it was time to dig. In the back office reference library is a reprint of a book printed in 1885 titled "Calaveras County, Illustrated and Described 1885."
Page #72 ...

"At Angel's, J. C. Scribner keeps a general merchandise store, and a good line of drugs. He also acts as agent for Wells, Fargo & Co.'s express. He came to Calaveras County as early as 1849, and purchased the business formerly conducted by Mr. Angel, the founder of this camp. The wooden building occupied first by Mr. Scribner was burned in 1855, and he replaced it by a very substantial stone building the following year (1856). He has remained in business at this place ever since."

This lovely book also has an etching of said store as it looked in 1885. 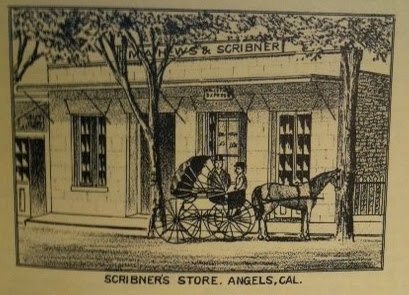 At the California Historic American Buildings Survey website, we found the photo below of a later version of Scribner's store & Wells Fargo Express office taken prior to 1941 when the building burnt down and became what is now a parking lot across the street from what was the old Angels Hotel.

According to the Survey card, J. C. Scribner was:

"Dear to hearts of Angels Camp citizens because of folk lore around Scribner, practical joker of old school. Said to have been the one who furnished the grapeshot that decided the race in Mark Twain's famous story "Jumping Frog of Calaveras County."

Now, this story was an actual event that occurred downtown Angels Camp sometime between 1856 and 1865. Samuel Clemens heard the folklore while socializing in the Angels Hotel, just across the street from Scribner's store. Maybe we will have time for that in another blog. 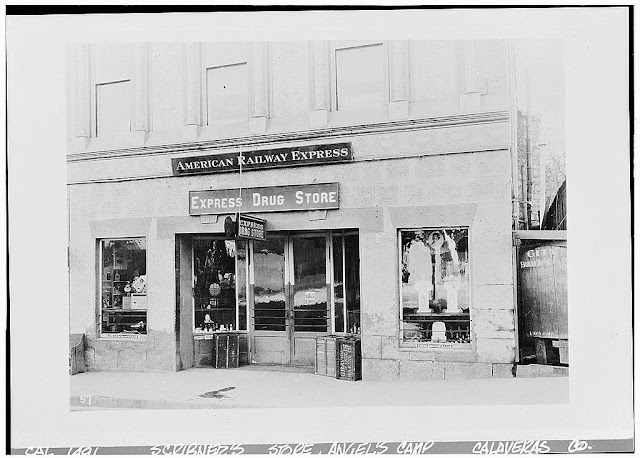 May, 1892, the Wells Fargo agency was taken over by R. Rasmussen.  At this time, I am still looking to see what happened to J. C. Scribner. If I find anything interesting, I will most certainly post an update.

Hope you have enjoyed this little bit of historic trivia.
No comments:

Trivet Time for the Holidays! 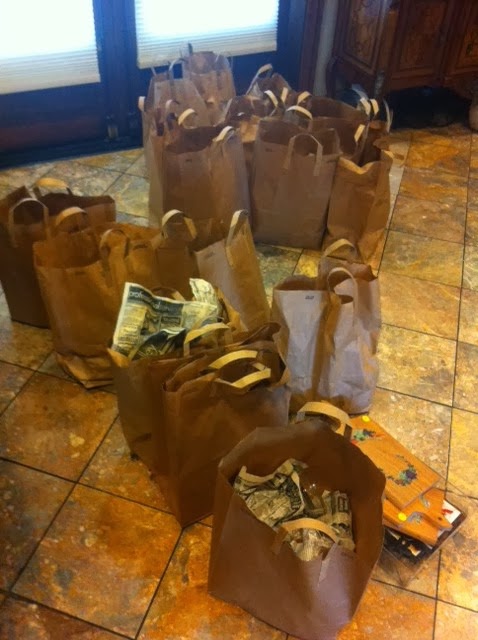 These go on sale this weekend for $5 each!  Research on just the first bag revealed value of just one of the trivets to be around $25.00. 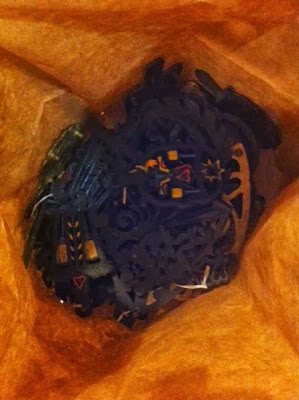 Many of these are collector pieces, so best come on in and gather up the deals.

This is a one time opportunity as well. From a recent estate sale, the collector's heirs don't see any value here, so the catch is yours. 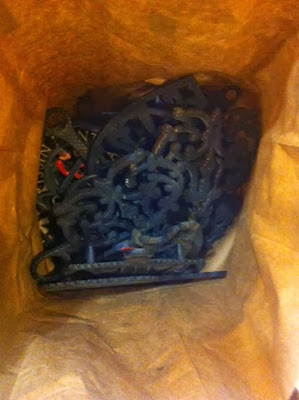 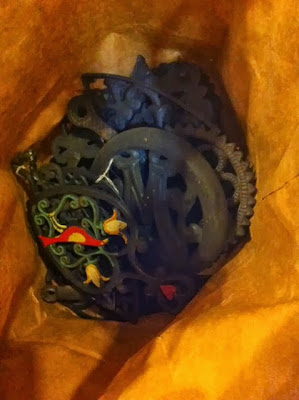 While you are in, take a look at the "History of Irons" display as well.

Those are all available for sale as well. An outstanding value for the collector or just those of us who remember the doorstop at Grandma's house, and want to emulate the connection for our kids.

Remember, with Thanksgiving and Christmas coming up, these can also be great White elephant gifts or nostalgia mementos for your loved ones.

At the very least, stop in when you are out to put a smile on your face!

Updates to come from the Junk Junkies!
No comments: