A FEW WORDS ABOUT ME


I began my fascination with art in Wiesbaden, Germany in 1989, where I learned a type of German folk art painting called Bauernmalerei. After five years in Germany, I returned to the U.S. with my husband and began to broaden my painting skills. We moved to ​Lake Tahoe, CA, where I was fortunate enough to befriend Lola Owen, my mentor and owner of Lakeside Gallery. While working with Lola Owen, I became more accomplished, and began painting in oils as well as most painting mediums such as water color, acrylic, and gouache . I began to get commissions for pet portraits and various other subjects which are wide in range. My husband and I now reside in Ione, California, at Lake Camanche, with a parrot and four cats. I have a very productive garden, am an orchid enthusiast, gourmet cook and paint whenever possible.

Gerald Garza is a professional artist based out of Ione, CA.   He finds inspiration from his love of the outdoors.  As a novice painter in the late 60’s inspiration was in his surroundings, the Mid Century Modern architecture. That quickly gave way to American artist, Georgia O’Keefe. Her daring colors and enlarged flowers made an impression on him and that love of still life continues to this day.  His major medium is oil on canvas with an emphasis on still life and landscape.  He also paints in water color and acrylics.  His work was well received at a gallery show in Texas for the Union Pacific Railroad.  His work has been viewed throughout Northern California, Las Vegas, Nevada, Midland, Texas, and Seattle, Washington


In Honor of National Popcorn Day, Ironstone Heritage Museum is offering complimentary Popcorn to our guests today only.  Come on by for a visit! 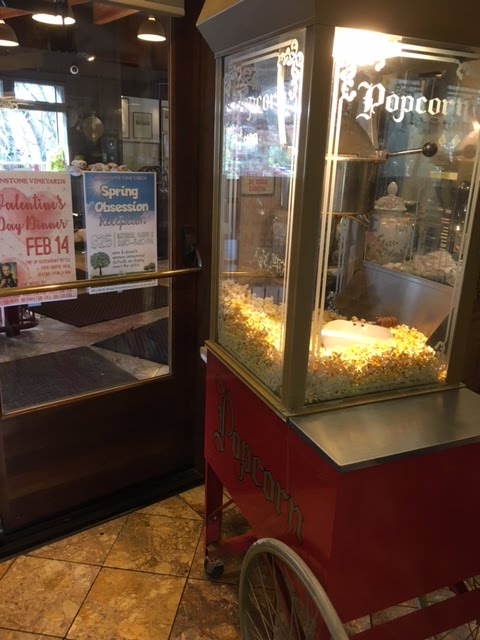 And we are using the fancy popcorn machine! Just for you!

Pet of the Month Gracie

The Wonderful Staff at Ironstone Vineyards are also owners of some awesome pets.   Each month we are going to share with you one of these PPP (picture perfect pets) so you can get to know and love them as we do. 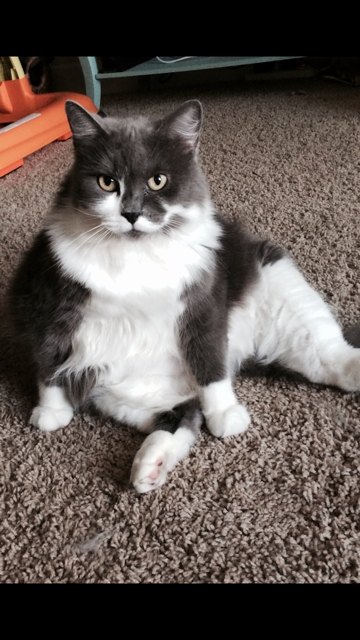 This is Gracie my 13yr old buddy. She’s a rescue that’s been with me thru many moves even to TX and back. She and her brother were left as kittens in a paper sack in a dumpster. A good Samaritan heard  them so crawled in, Got them out, then brought them to a women whom places rescues in new homes.  I knew she was the one the minute I saw her.  She, like Bob, is a little on the hefty side and receives plenty of  love and attention. I figure she deserves it after the rough start as a kitten.

We have extended the deadline for entries into the THEME Division of Ironstone's Spring Obsession Art Show to 3pm Monday, Jan. 7th., 2019.

Due to technical "improvements", IT has shut down our email system from Friday afternoon with possible reinstatement Monday afternoon.

This has made all on line entries and inquiries unavailable until the system is back up and running.

We apologize for the inconvenience.

This will also set back notifications of accepted works till later in the week.

Bear with us as we wait through this issue.

Hope to be back on line soon.
No comments: