Nationally acclaimed Plein Air Artist Kathleen Dunphy spent a beautiful morning at Ironstone last week working her magic in the vineyards. Below you see the beautiful outcome of that visit. 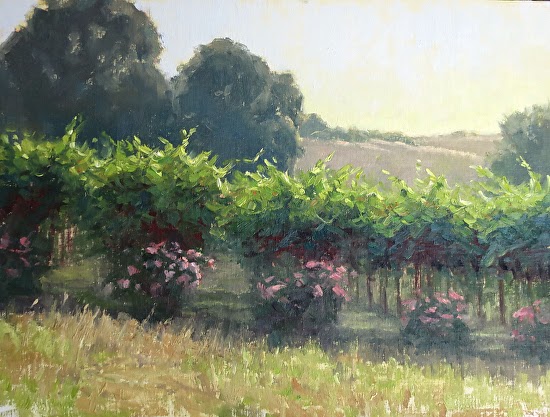 If you are not familiar with Kathleen or her work you are missing an amazing experience, both visually and emotionally.  Each time I look at one of her paintings, I am drawn into the landscape, the time zone and the aura of that space and time, not once but every time I look at that painting. A true time capsule of energy and light.   For more outstanding paintings visit her website   http://kathleendunphy.com/
No comments:

Celebrate with us! July 5th. 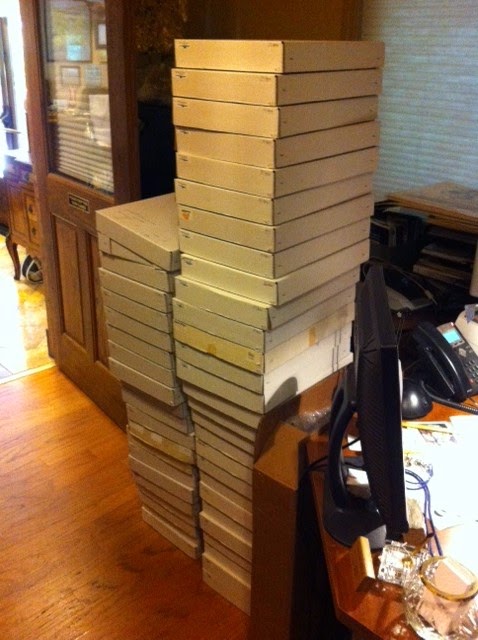 Update:
Small specimens selling for $5 each while the larger ones are $7 each. Great value! and they are going fast...

Just arrived at Ironstone Heritage Museum this afternoon. We are having so much fun opening each box to see the stunning assortment of quality specimens. 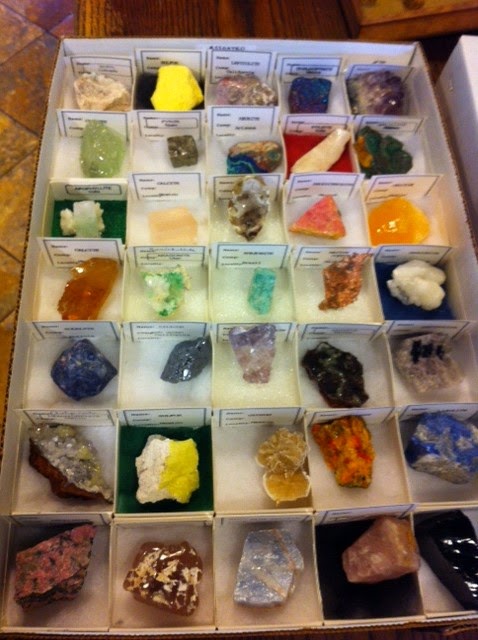 Snooze ya loose!  These are great for collectors of all ages. If we come across anything real unusual, we will post a photo! 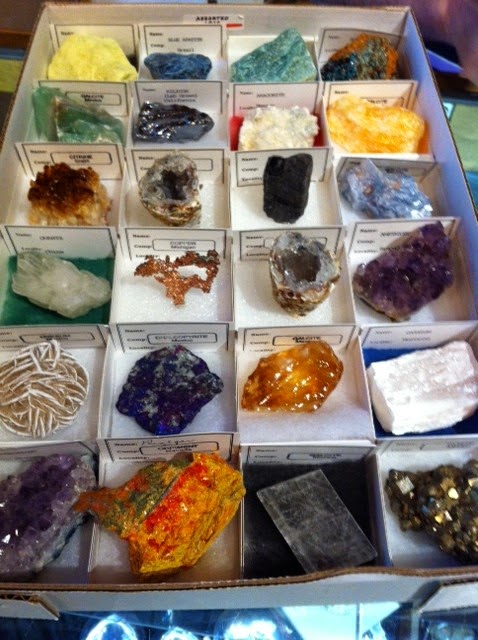 And most important, these are all labeled!  The first batch we received of smaller and lesser quality rocks a couple of years ago were not labeled. We have been trying over the years to learn more about each specimen and figure out what they all are.  This time, NO PROBLEM!  We know what they are and where they come from.  All specimens include a descriptive tag.

Start your collection now!
No comments:

Visiting from throughout the United States, the Franklin Classic Car Club comes to Murphys and Ironstone Vineyards.  Over 60 Classic Car Buffs invade Calaveras County, one in particular having driven all the way from New York State!  And NOT in a trailer, but on the road. 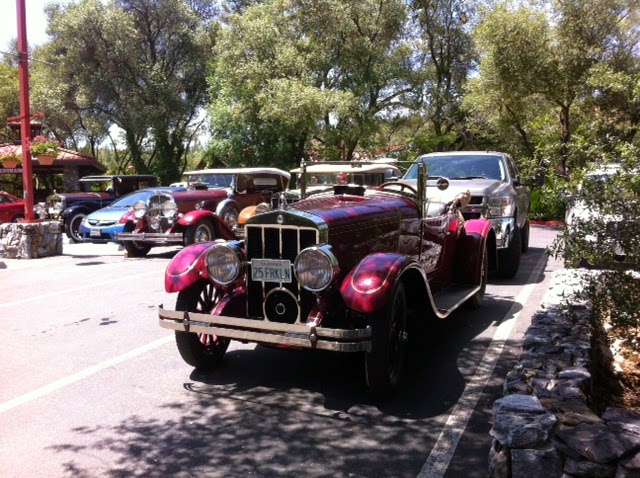 History of the Franklin Company and Club

The Motor Car and the Company

The Franklin motor car was invented by the engineer John Wilkinson and manufactured by the industrialist H. H. Franklin and marked under his name. The Franklin was one of the most innovative motor cars of its time, featuring an air-cooled engine, scientific light weight and flexible construction at a time when other luxury car manufacturers were making ponderous machines. Although it was a luxury car, its unique features made the Franklin a pleasant and easy car to operate, and consequently most Franklins were owner driven. The company always featured many body styles, both factory and custom-made, which were conducive to being owner driven. The Franklin's design allowed it to set many records in point-to-point races which revealed its superior nimble handling, durability, economy and speed over the rough roads of the day. Throughout its history Franklin was a luxury car and it was in this part of the automotive market that it competed with the other notable makes of the day. As such it fell victim to the Great Depression along with many of these same fine luxury car manufacturers.
These remarkable motor cars engendered such a loyal and faithful following that interest in these automobiles never died out. Many individuals continued to operate Franklins as their every day automobiles or preserved them right up to the emergence of the antique and classic hobby, decades after production ceased in 1934. The H. H. Franklin Manufacturing Company was a very large employer in Syracuse, New York area, its home base, and many people across the world had very fond associations with the company and its motor cars either as employees, dealers, service personnel or just loyal customers of that fine make. For others who were younger it may have been an unforgettable recollection of a Franklin in the family or one which was owned by a neighbor. They were very distinctive automobiles and were not easily forgotten. 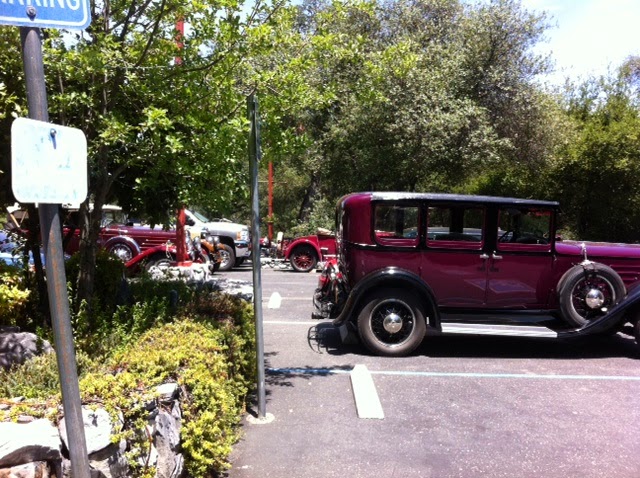 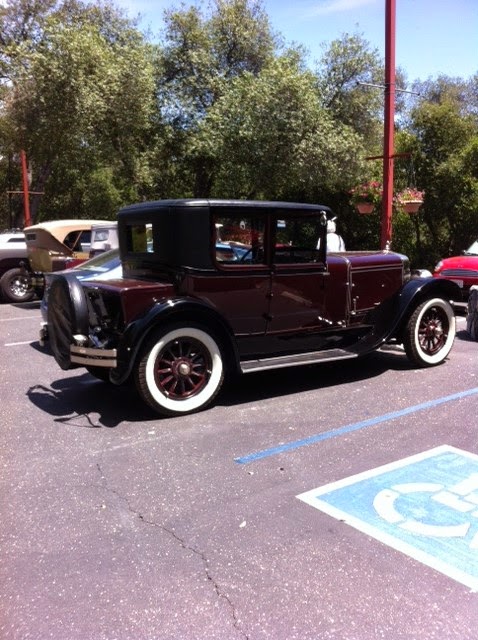 Lady Antebellum was a sell out show and awesome! 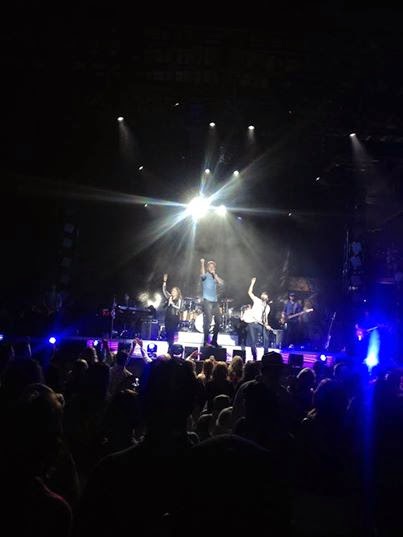 Hope you got to see the show! It was awesome!
We have been away buried in work and unable to join you here, but, we are back!  And will get updates on line again...