Craft Trees are coming in!

Two more awesome craft trees came in today from Tylee and Jayden!  These are creative, colorful and downright incredible trees created by these two talented gals. 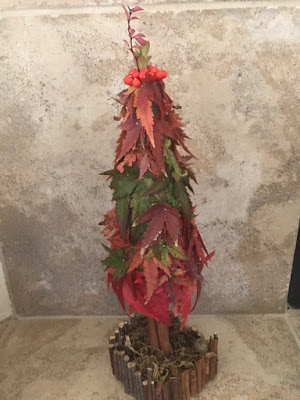 The tree above was done by Jayden using Japanese Maple leaves and looks like berries. 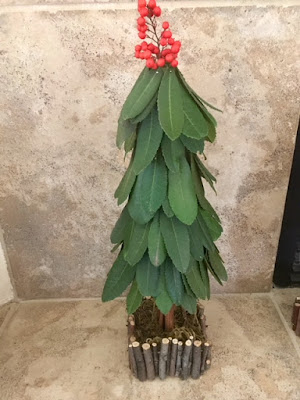 The above tree was created by Tylee using bay leaves and more berries.
Lets hear it for the gals. Great job!  Keep on creating. And thank you for sharing your talent with all of us here.  Love it!
No comments:

If you've not met Rachael before, allow me to introduce you.  Rachael came to us last year along with a large group of collectable dolls that were put up for sale here in the Museum.  Mr. Kautz, the owner of Ironstone came across them at an auction and just couldn't pass them up.  All destined for new homes, Rachael stood out as an undesirable gal.

Always moody, somewhat grumpy and stand offish, she most often frightened the younger visitors and disgusted some of the others.  We decided that Rachael had to be removed from the public areas and confined to the back room.

Here in the Museum, we realized that despite her attitude, Rachael was really just trying to fit in. So, we decided to allow her to be our somewhat back office maskot.

She does get into trouble at times and wanders into areas she shouldn't, but, all in all, she really isn't such a scary one once you get to know her.

Today, we found Rachael helping decorate our Christmas tree.  Good to see her in the Christmas Spirit. 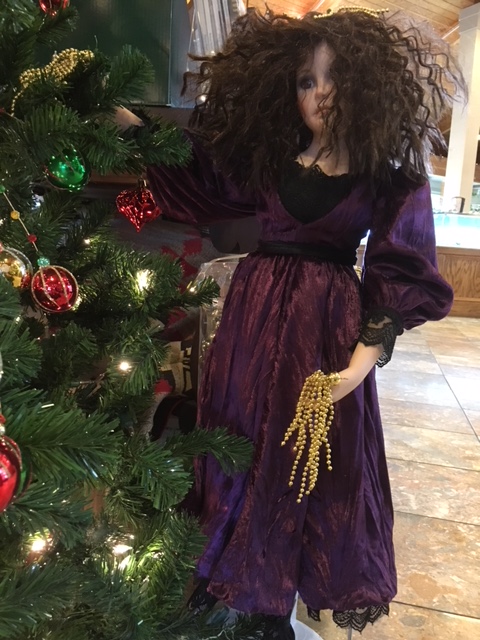 Our First 2018 Theme Division Entry is in!

Thank you Ann Nall who was also the 2017 Theme Division Winner.

This 2017 season, Ann generously donated her winning painting to the Non-Profit Ironstone Concourse Foundation.  The Concourse d'Elegance is one of the premier Classic Car Shows in Northern California as well as a major fundraiser for the California FFA & 4H scholarship funds.
Kudos Ann...

Ann started painting in 1985 as a way to escape the pressures of work.  On retirement her art became her focus and her career.

Painting primarily in watercolor, she has specialized in animal portraits, but recently moved to the abstract form.

She has exhibited in juried shows throughout the country.  Ann says her art gives her life energy, focus and a sense of well-being.  It is a gift she does not take for granted.
No comments:

This little tree came in to our email today.  One of the Craft Trees decorated by one of our customers.

If you have purchased one of these unfinished trees from us here in the Museum, we would love to see what you have done with them!  Send in your photos so we can share. 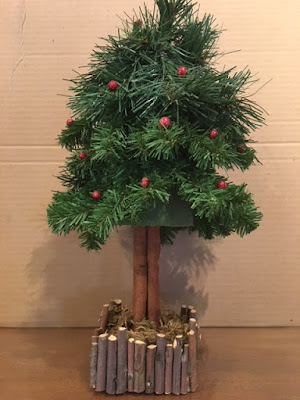 We have several crafty Do It Yourself Christmas Trees here in the Museum for $5.00 that you can decorate then post a photo of your tree on Ironstone's facebook page or post here for all to see how outlandishly talented you are.  Lets have some fun! 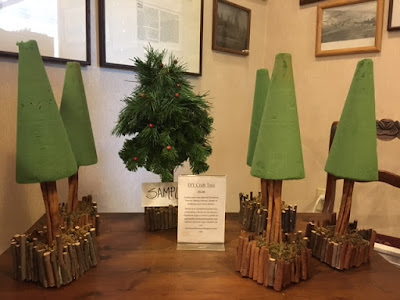 The tree trunks are made of large cinnamon sticks set in a plaster base surrounded by either twigs from Ironstone's Reserve Chardonnay cuttings or smaller cinnamon sticks.  If you need a little inspiration, there is one tree done up as a sample.  And we know you can do better than that one!  Call it a quicky....  Lets see what you can do. 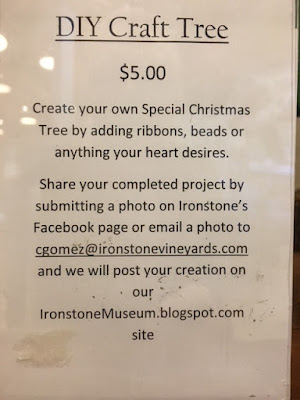 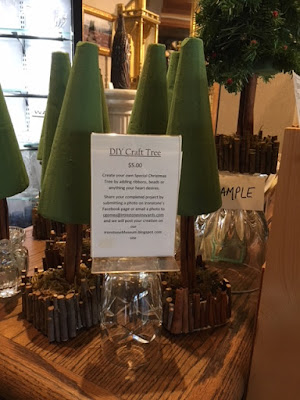