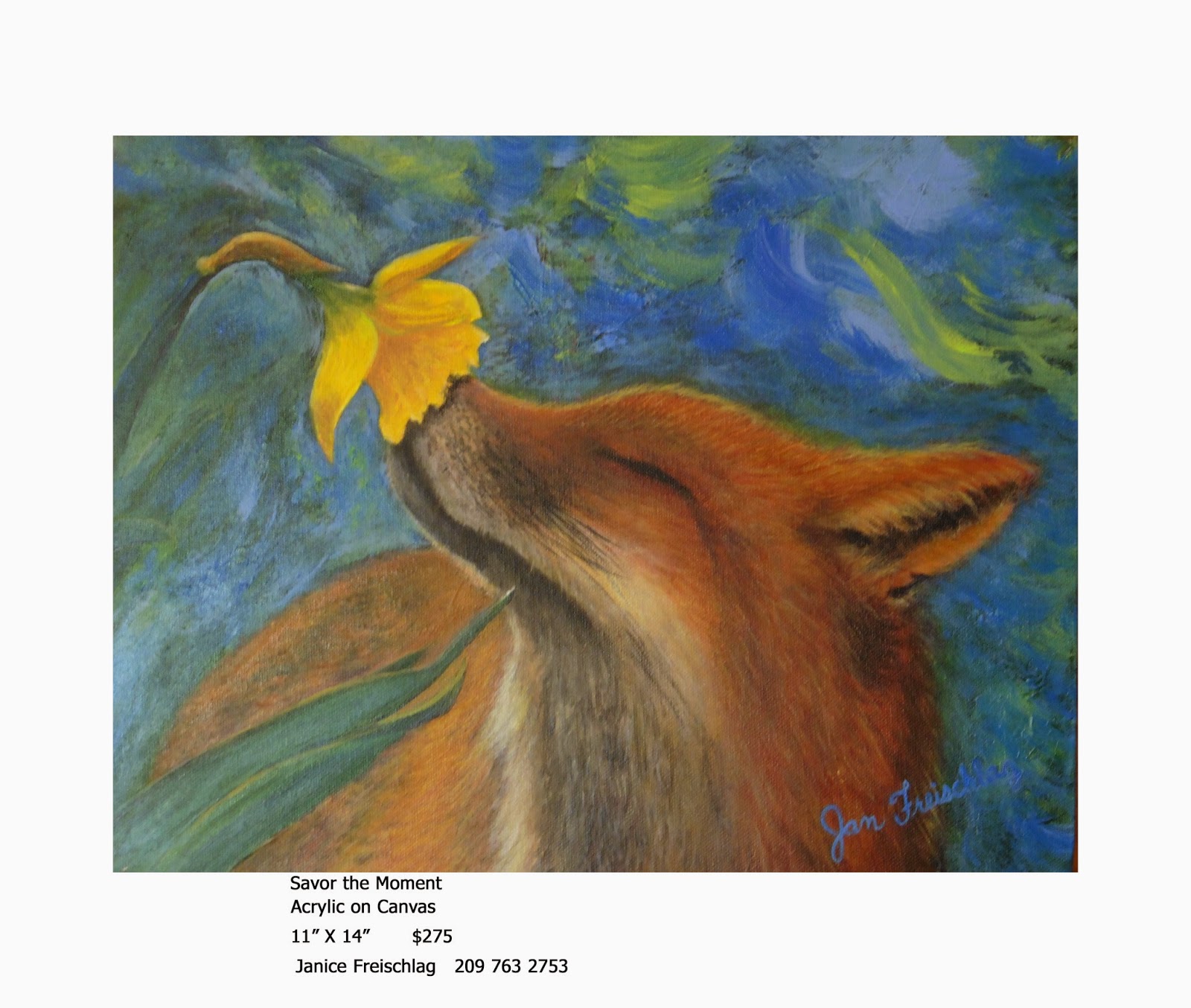 Janice began her fascination with art in Wiesbaden, Germany in 1989. She began with German fold art painting, Bauernmalerei. After five years in Germany, she returned to the U.S. and began to broaden her painting skills.  On returning, Janice and her husband moved to Lake Tahoe where she was fortunate enough to befriend Lola Owen, her mentor and owner of Lakeside Gallery. At Lake Tahoe, where she became more accomplished, she began painting in oils. To her surprise she started to get commissions for pet portraits and more. She is accomplished in a wide range of subjects as well as most painting mediums, i.e. acrylic, water, gouache and oil.

Janice and her husband now reside in Ione, California, at Lake Camanche, with a parrot and four cats. She has a very productive berry and vegetable garden, apple trees planted from seed, is an orchid enthusiast, gourmet cook and paints wherever possible. 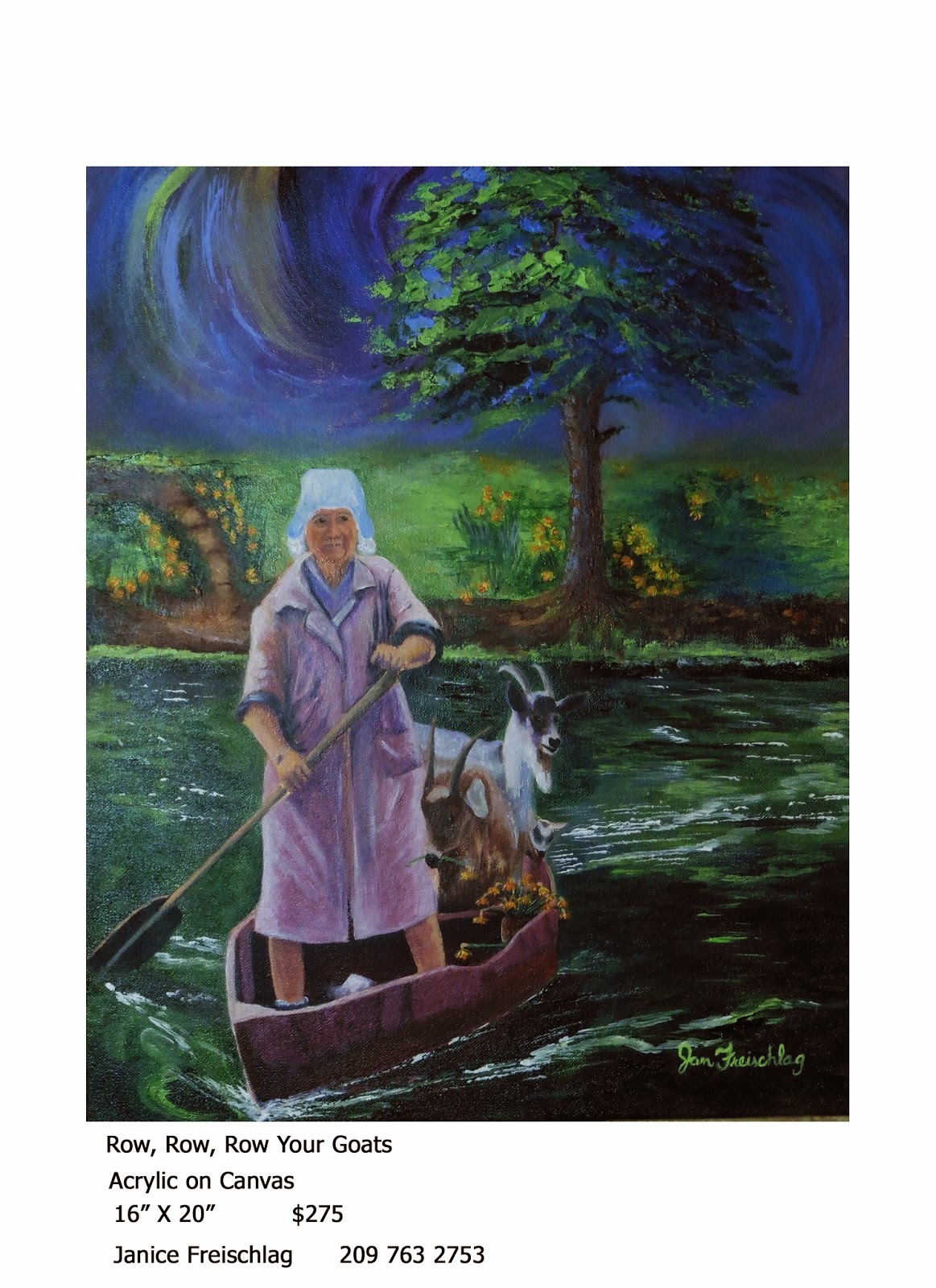