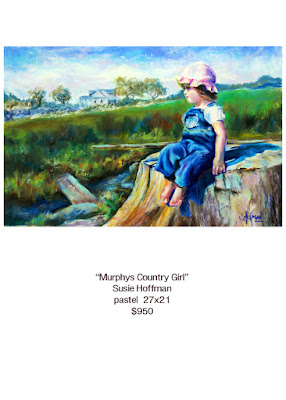 
Susie took up art after she retired from teaching sixth grade English/history 15 years ago.  She started in watercolor, but has branched into drawing, oils, pastels, collage, and acrylics.   She and her husband, Larry, created the art center Town Hall Arts in Copperopolis where she has enjoyed classes by many foothill artists over the last eight years.  From pastel classes to mosaics, she is always eager to learn something new.  She also teaches beginning art in all media and sells her artwork and photographs at Town Hall Arts. 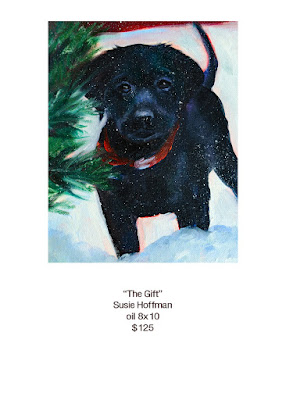 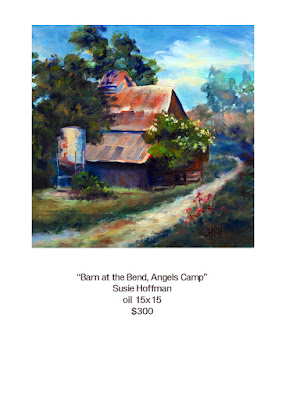 Susie’s oil painting, “Simple Things”, was on the cover of the September KVIE “OnSix” program guide to promote the 2015 auction on public television. Her watercolor portrait of Glenn Wasson as Black Bart appears in his recently published book, Too Much to Swallow.  Her photograph, “On Your Mark”, Division Winner from the Calaveras County Fair, was published in Mark Twain's 88 Days in the Mother Lode & Stories of the Gold Rush.    “Fifty Pounds of Love”, a portrait of her Chocolate Lab pup, was featured in the window at Mistlin Gallery in Modesto as part of the Central California Art Showcase 2015.  Two of her watercolors were published in Sierra Wonders, a book of visual and literary works honoring the Sierra Nevada.  Two additional watercolors were published in Wine, Cheese, and Chocolate, a Taste of Literary Elegance.  Her graphite portrait, “I Hope You Dance”, appeared on the 2012 program cover of the Ironstone Spring Obsession Show.  Her art has been bell ringers at the KVIE auction for five years You may see Susie’s artwork displayed at Galerie Copper, Roaster’s Coffee House, and Saddle Creek Resort in Copperopolis; Manzanita Arts Emporium in Angels Camp; Calaveras Arts Council in San Andreas; various venues in Sonora; and on her Etsy Shop at www.ateliersusie.patternbyetsy.com.